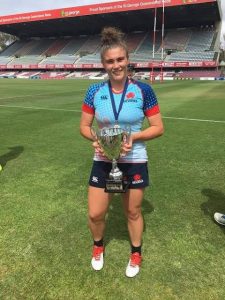 Keebra Park’s Tiana Raftstrand-Smith and cross-code talent Jaime Chapman were also named in the team of the tournament after star efforts across the weekend.

Former SSA athlete Duck also capped off a sparking week by being named in the Waratahs Super W squad for the 2020 for the upcoming season. New coach Campbell Aitken said he was excited by the prospect of seeing some of the team’s additions grow.

“To have them in a Super W environment and around experienced players week-in-week-out is only going to benefit their development as players.”

The 2020 Super W draw is yet to be announced but the third year of the competition is expected to begin in February.